For many, the concept of “summer” conjures up lazy days under sunny skies.

Not so for some of Sayville industrious science students who participated in Summer Scientific Research as an extension of our R.I.S.E. (Research In Science and Engineering) Program under the auspices of Maria Brown

The following is a “summary” of the ambitious undertakings of our Science Research students:

Her research involved using LROC camera images of the Constellation sites to identify simple, small craters, complex craters with central peaks, and mare vs. highland craters. Each crater category would be evaluated for thermal data using the Diviner Lunar Radiometer to correlate night time temperatures, which are related to particle size and rock abundance, and LROC images. JMoon, ArcGIS 10.0, and Excel will be used to map the data related to craters and the associated ejecta and to perform analysis of the imagery and the data that the students create.

Abstract: Multiple Sclerosis (MS) is an autoimmune condition where the immune system attacks the central nervous system (National Institutes of Health, 2009).  Multiple Sclerosis causes many physical and neurological symptoms, and progresses to physical disability (National Institutes of Health, 2009).  The data set was acquired from the Long Island Chapter of the Multiple Sclerosis Society.  Using the formula in Excel, Declong + Declat= left(D7,4,2)/60 + MID(D7,7,5)/3600, the latitude and longitude were changed to decimal degrees.  ARCGIS Version 9.31 was used for the geospatial analysis. A coastal shape outline shape file was added and transformed, as well as the north arrow, legend, and scale.  Fields were added from the Excel table in attribute for zip codes.  Then, the Municipality Shape file was added to assess incidence and occurrence by Town.  Population density data by town were normalized for the statistical analyses. Almost all of the towns have reasonably similar percentages of incidence and occurrence of people with Multiple Sclerosis, ranging from roughly 0.1 to 0.2%.  The percentage of people with Multiple Sclerosis in the Town of North Hempstead however, is significantly greater at approximately 0.698%.  Nassau County has a greater cluster of incidence of occurrence of people with Multiple Sclerosis than Suffolk County.  Population density does not account for this difference between counties, Nassau (1,339,532) and Suffolk (1,493,350).  Additionally, the significantly higher value for Hempstead and for Nassau County as a whole may in fact be related to environmental factors.  Ingalls, 1986, reported that the occurrence of M.S. in cases in Key West, Florida (1983-1985) clustered around a nearby dump pile that had mercury and lead pollution.  This is extremely important because it may lead to a better understand understanding of Multiple Sclerosis and allow for greater protection from the disease.

During the Summer of  2011, Courtney worked with USGS to analyze drinking water well-log data to identify whether there are any environmental causes that may be correlated to this cluster of MS patients.

Voluntary, deidentified, self-reporting surveys have been used since 2009 in the health classes to evaluate suicidal thoughts associated with depression, gender, and drug use.  An Internal Review Board which included the high school staff psychologists, nurse, and science teachers evaluated the project prior to it’s implementation and followed all of the International Science & Engineering Guidelines for surveys related to Human Subjects.  Permission slips and a copy of the survey were provided to parents prior to students participating in the survey.  Only those surveys taken (identified by number) where signed permission slips were on file were used for the evaluation.

This project is currently supported by Dowling College – Biostatistics only which are being generated this summer on a very large data set.  Students will continue writing their analysis and complete their report by the end of August so that their competition package is ready to compete in all of the ISEF Competitions in the fall.

This project is supported by Proyecto Campanario field researcher Nancy Aitken, Dr. Chris Nicolay; University of North Carolina – Asheville, and Dr. Rich Wilkens – Dowling College.  Analysis of large data set from two years of field collections will be analyzed over the summer and a completed report will be done by the end of August to meet the October 1st deadline for the Siemens Application package.

Field testing of protocols was conducted in February 2010, while the actual data collection associated with this experiment was conducted during the wet season (July, 2010) at Proyecto Campanario on Osa Peninsula, Costa Rica. A total of 32 moomorpid bats (N=32) were captured at dusk in a three-meter by one-and-one-half-meter “free net” (mosquito netting) by the lead field biologist.

Bats were identified to the species level, and gender was recorded while relative age was determined based on arm length (juvenile/adult).  Additional information was recorded regarding whether female adults were lactating or pregnant. Ectoparasites were extracted using duct tape applied gently to the upper and under sides of the wings.  Ticks were removed using tweezers.  All ectoparasites were identified and enumerated using a dissecting microscope (40x).  Females comprised 60% of the bats captured and half of the female population was observed to be lactating. Three species of the genus Pteronotus were captured: P. personatus (N=3), P. gymnonotus (N= 28), and P. Parnelli (N=1).  Four bats were found to have no parasites; two were lactating P. gymnonotus, and two were male, juvenile P. personatus. Two adult, male, P. gymnonotus had the highest infestation of spinturnicids with 15, and 28 respectively.  Ticks were only found on adults.

The findings of this study do not agree with a limited study of the Greater Antillean long-tongued bat in Puerto Rico, where a specific population showed a primarily female-biased infection rate due to lack of grooming from maternal care (Krichbaum, Perkins, and Gannon, 2009). However, it is highly likely that the streblid bat fly and the spinturnicid pupate within the bat roosts to ensure host availability once maturity of the ectoparasite is reached as proposed by Gannon, Kurta, Rodriguez-Duran, & Willig, (2005).

Future work will include sampling during the dry season (February 2011) followed by an analysis of variance (ANOVA) within and between sample populations and ectoparasite infestation during the wet and dry seasons. This is the first study of its kind conducted on the Mormoopid bats and their ectoparasites at Proyecto Campanario.

Intended Publications: Publication Manuscript being developed for Journal of Mammalogy with Nancy Airtken. Dr. Nicolay and Dr. Wilkens and co-authors.

This is an ongoing 2-year study conducted at Brookhaven National Laboratory.  Jackie will be completing her research, synthesizing and analyzing her results this summer to meet the October 1st Siemens application deadline.

Kyle is presently finishing the translation of his last prayer in preparation for publication.  This project is supported by Dr. Paul Kopelman, Columbia University.  As it is a anthropological linguistics project it does not qualify for any of the “science and engineering” competitions.  Kyle, Dr. Kockelman, and Mrs. Brown are working on a manuscript for the Journal of Anthropological Linguistics.

This project is being conducted in-house at the high school (summer 2011) under the supervision of Maria Brown.

Abstract: The purpose of this study was to assess whether new and unique haplotypes would be found within and between the Atlantic horseshoe crab (HSC), L.polyphemus, populations of Short Beach (SB;north shore Long Island) and the Atlantic Ocean (A) when compared to GenBank's Accession (U09391) reference sequence and to seven haplotypes found in Chesapeake and Delaware Bays (Pierce & Gaffney, 2000).

Random samples (N=35) were collected from  SB, and A. Mitochondrial DNA were extracted using a Qiagen DNeasy Blood & Tissue kit. Left and right primers (582 bp) using COI gene were used for  Polymerase Chain Reaction and then sequenced at a certified laboratory.

The results indicate the presence of two rare haplotypes between the SB, and A locations. None matched the GenBank (U09391) reference sequence or to the Delaware and Chesapeake Bays. Haplotype analysis suggests a minimal rate of gene flow within the Long Island/ Atlantic regions. The results further suggest that variance within and between HSC populations may be related to latitudinal changes and/or limited migratory movement from estuaries annually.

Rebecca is also finishing her analysis of a Haplotype fingerprinting of the dragonflies of Suffolk County.  This project was supported by the New York State Museum and the New York State Department of Environmental Conservation’s Natural Heritage Program.

This is the first study of its kind for San Souci County Park.  Jack will be working under the direction of Maria Brown (summer 2011) to trap and assess flying squirrel population.  Traps and ear tags were provided by Brookhaven National Laboratory. Permits acquired for the project are from SCDPR and NYSDEC.  Mrs. Brown will be handling all southern flying squirrels.  Students under the age of 16 are not permitted to handle wild mammals.

Eggs of L. polyphemus were collected in late June and early July (2011) and being “hatched” at the Dowling College CEECOM Center located in West Sayville, New York.  This type of study has never been conducted for the Atlantic horseshoe crab and is being supported by Dowling College’s Dr. John Tanacredi and Sixto Protilla, PhD (candidate) and managed by Maria Brown and former Sayville graduate Brianna Lind.

Preliminary data were collected during the summer of 2010 for Jones Beach and an isolated Atlantic group of horseshoe crabs (control).  Egg samples were collected from three locations representative of the South Shore Estuary Reserve, Long Island Sound Estuary, and the Peconic Estuary in early July.  DNA extraction and sequencing will be completed July 2011.  Report will be completed in August, 2011 in order to meet the Siemens application deadline of October 1st.

This project was funded in its entirety by Audubon New York ($2500.00) and began in June 2010 and will be completed in October 2011. Permits acquired for this project came from SCDPR and NYSDEC.

The National Water Quality Index will be used for 9 parameters at six locations along Green’s Creek to classify water quality conditions in the Green’s Creek Watershed and identify “hot spots” for fecal coliform bacterial loading.  An assessment of surrounding land use will be conducted to identify potential sources of fecal coliform loading within the watershed.  The data will continue to be collected throughout the summer and all data will be synthesized during the summer of 2011 in preparation for a presentation to Audubon New York and the Great South Bay Audubon Society scheduled for September 15, 2011 at Connetquot State Park by the students. 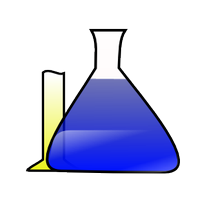