NJHS is the leading organization that recognizes exceptional middle-level students who have successfully demonstrated excellence in the areas of scholarship, leadership, service, citizenship, and character throughout their Middle School years.

After current member Joseph O’Leary asked all the inductees to stand and recite the pledge, current members Travis Brown, Chelsea Burnside, Christian Maloney, Kaitlyn Ross and Savannah Votino called each inductee by name in alphabetical order to take the stage and receive their award certificates and handshakes from Mr. Murray and Mrs. Lloyd-Matthews.

Closing the ceremony with parting words, Mrs. Lloyd-Matthews reminded the new members that they are required to continue upholding the attributes of scholarship, leadership, service, citizenship, and character as they complete their years at the Middle School, while Mr. Murray commended the students for being the stars of the Sayville Middle School community.

Congratulations to the following 2012 Candidates: 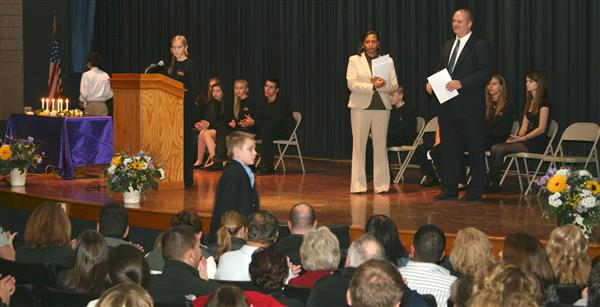 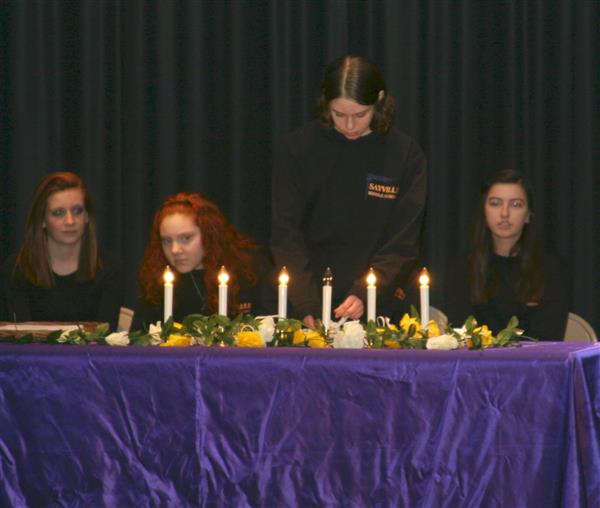 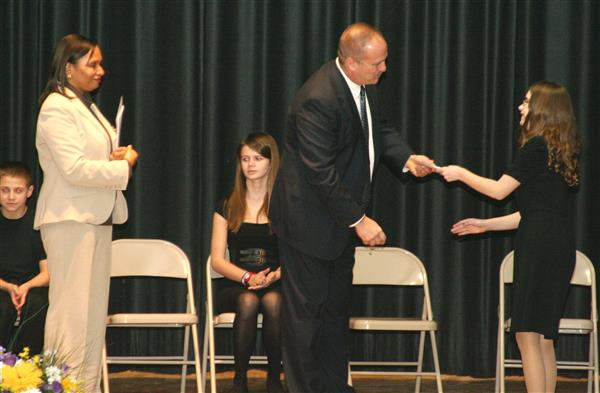